The Quiet Cost of Family Caregiving 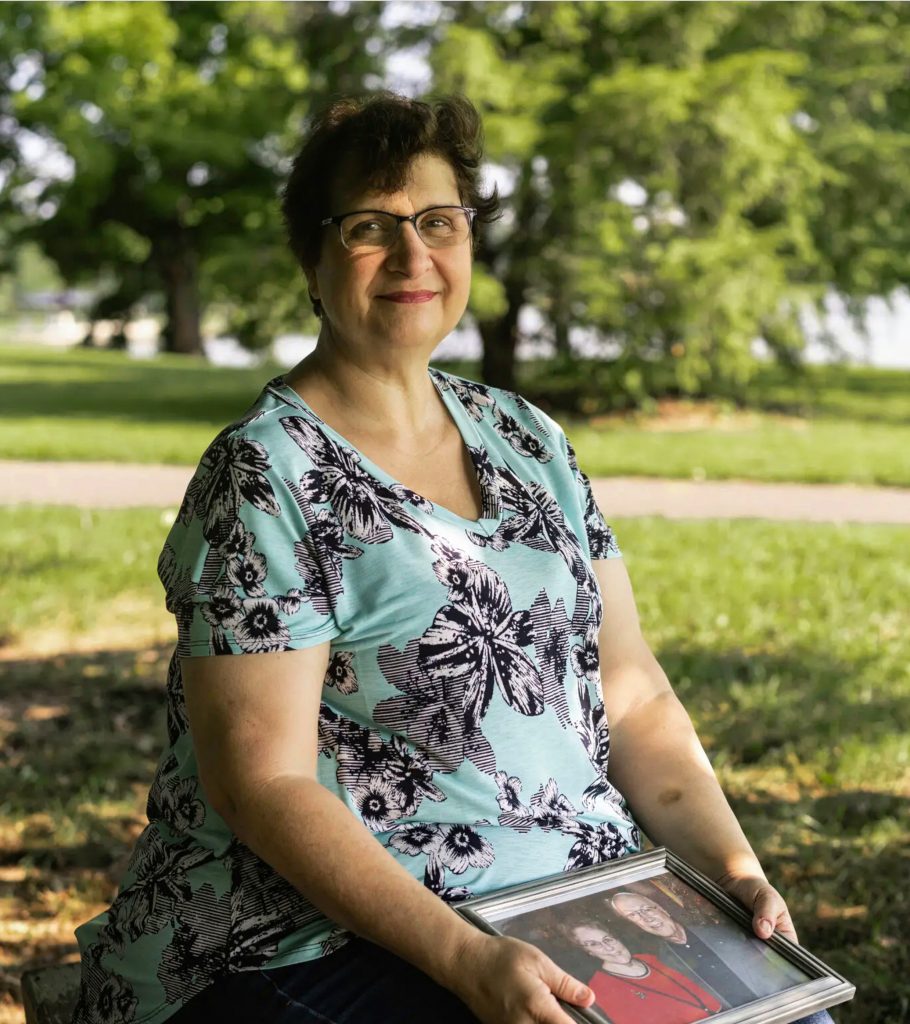 Many employees reduce their hours or stop working to help ailing family members. But it may be years before they fully return to the work force, studies indicate.

At first, Dana Guthrie thought she could help care for her parents, whose health had begun to decline, and still hold onto her job administering a busy dental practice in Plant City, Fla.

“It was a great-paying job and I didn’t want to lose it,” Ms. Guthrie, 59, recalled recently. So she tried shifting to a four-day schedule, working evenings to keep up with the office demands, and she began spending a few nights a week at her parents’ home instead of her own nearby.

Ultimately, though, her mother’s liver disease progressed and her father was diagnosed with dementia. The family learned that the cost of hiring home aides for two ailing 82-year-olds exceeded even a middle-class retirement income and savings. “They really needed me,” Ms. Guthrie said. In 2016, she left her job “and moved in full time.”

An estimated 22 to 26 million American adults currently provide care for family members or friends, most of them older people, who need help with daily activities; more than half of those caregivers have jobs. “There’s no doubt that juggling the two can be very difficult,” said Douglas Wolf, a demographer and gerontologist at Syracuse University.

Caregivers who are employed often reduce their work hours or leave the workplace altogether, research has shown. Several recent studies, however, reveal the impact of these decisions in more detail, not only on working caregivers but on employers and the general economy.

Among those who became caregivers, employment dropped almost 8 percent compared to demographically similar non-caregivers, the authors found. “It happens right away, in the first year,” Dr. Truskinovsky said. “We see little evidence that they either reduce hours or switch to self-employment. They leave the labor force and remain out of it for quite a long time.”

She added, “Younger caregivers are just as likely to leave the labor force as older ones.” Seven years later, the study found, those caregivers had not returned to the level of labor participation of demographically matched non-caregivers.

Moreover, there were significant gender differences among those exiting the work force.

Men started to reduce their workloads well before they became caregivers; then, “they leave the labor force and they don’t come back,” Dr. Truskinovsky said. The study could not provide an explanation; perhaps men take on caregiving when their work lives are already winding down.

In contrast, women caregivers leave the work force more abruptly and are more likely to return — after just two years, on average — “but at lower wages or fewer hours,” Dr. Truskinovsky said.

The pandemic amplified the conflict between employment and caregiving, Dr. Truskinovsky and colleagues found in another study. “Caregiving arrangements are very fragile,” she noted. While families often patch together paid and unpaid care, “it’s unstable, and if one thing falls through, your whole arrangement falls apart.”

In a national sample of adults over 55, half the family caregivers reported that Covid-19 had disrupted their care schedules, forcing them to provide more care (because paid help became unavailable) or less (because of quarantines and fear of transmission). Before the pandemic, more than one-third had been employed.

Caregivers facing disrupted arrangements were more likely to be furloughed or lose their jobs; they also showed far higher rates of depression, anxiety and loneliness than either non-caregivers or caregivers who did not experience disruptions.

The toll on working caregivers takes many forms. Susan Larson, 59, an education services specialist for the U.S. Army, has forgone promotions, even when her superiors urged her to apply. “I’m not geographically mobile,” she said.

She cannot leave her home in St. Paul, Minn., where she and her husband built a handicapped-accessible addition for her mother, 83, who needs extensive assistance. The Army has been very supportive, Dr. Larson said. But she estimated that her salary would be nearly 25 percent higher if she had accepted promotions, in turn bolstering both her eventual pension and Social Security benefits.

Shawn French, 51, a video game writer in Limerick, Me., and his wife welcomed her widowed father into their home three years ago. Because Mr. French works remotely, he can help his father-in-law with meals, medications and mobility; his wife handles doctors visits and other tasks.

“I wouldn’t have it any other way,” Mr. French said. But the stress led him to relinquish weekend freelancing that had generated $200 to $300 a week. “We relied on it anytime things were a little tight,” he said. His wife reconfigured her work arrangement, too, which led to him being dropped from her health plan and becoming uninsured.

Even when caregivers keep their jobs, another recent study indicates, almost one-quarter report either missed work (absenteeism) or reduced productivity (known as presenteeism).

Presenteeism accounts for the most productivity loss, said senior author Jennifer Wolff, a gerontologist and health services researcher at Johns Hopkins University. “Absenteeism is visible, presenteeism is less so,” she said. “You show up, but you’re making doctor calls or managing insurance.”

Among affected employees, work productivity dropped by one-third, on average. Based on 2015 data, the most recent available on adults 65 and older, that translates to a $49 billion loss annually.

Paid family leave, although better configured for the more predictable needs of new parents, might help workers providing care for the elderly as well. When California adopted paid leave, which took effect in 2004, residency rates at nursing homes declined by about 11 percent, Dr. Wolf of Syracuse and his co-author Kanika Arora found.

Although the study could not establish the reason, Dr. Wolf speculated that “the change in the law induced people to stay on the job, but they took enough time off to keep their parents out of a nursing home.” The authors’ more recent work shows that paid sick leave also helps increase family caregiving.

President Biden campaigned on an ambitious caregiving plan that would have provided 12 weeks of paid family leave annually, plus tax credits to offset caregiving expenses and Social Security credits for time family caregivers spend out of the labor force. Republican opposition in the Senate has prevented its passage.

Debate on how best to support family caregivers will continue, but there is little debate about their need for help. Although many workers can handle the more predictable needs of aging parents and spouses, some face intense pressures incompatible with contemporary workplaces.

After Ms. Guthrie’s parents died, she relocated to Radcliff, Ky., where her sister lives. She found positions at dental practices there but has never matched the compatibility or the salary of the job she left in Florida.

Currently unemployed, Ms. Guthrie has been interviewing for jobs and wondering whether she will ever be able to retire, although she doesn’t regret the sacrifices she made to care for her parents.

“We were a close-knit family and I would do it again,” she said. “But I took a beating, emotionally and financially, and I haven’t really been able to recover.” 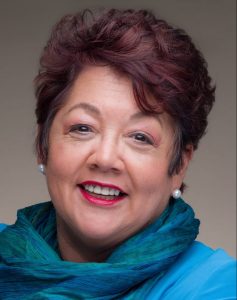 Since 1988, Terri has been one of California’s leading elderly consumer advocates helping older Americans. She has designed pioneering programs and services for seniors, and has helped thousands of families deal with the complex issues that arise navigating the elderly care landscape 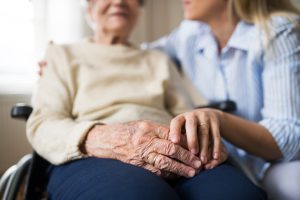 Elderly Care Managers Advocate for Older Adults — and Their Caregivers

In the past, extended families often shared the job of tending to older loved ones. These days, families may live farther apart, and the responsibility for care can fall on one overwhelmed… 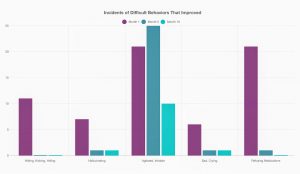 Terri Abelar: A Latina Pioneer Improving Quality of Life for the Elderly

“When we met Delilah, she was taking ten prescription medications at a total of 22 pills a day. She was refusing care and did not have family in the area… 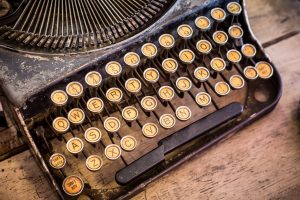 Letters to the Editor: Older Lives Matter, Too

The CARE Method℠ improves difficult behaviors, expands your options, reduces costs, and makes life better for everyone. This is a short-term, 6-12 week, highly focused, gentle intervention that makes rapid changes you can’t achieve on your own. Our care management team brings all the caregivers, firms, professionals and systems into reliable coordination and harmony. We put your lives back on track, sooner than you think.

Occasional updates, dispatches, insights and tips to empower you and your family. No spam ever.